Measles outbreaks in South Sudan not yet under control

Juba, South Sudan. 16 April 2019. Just 15 weeks into 2019, more measles outbreaks have been declared in South Sudan than occurred in all of 2018. As of Wednesday, 10 April, there had been 11 active outbreaks and four deaths had been confirmed. Another two deaths are suspected cases of measles. Earlier this year a campaign to vaccinate children across South Sudan was delayed due to a shortage of vaccines and funding.

“It doesn’t have to be this way; measles is entirely preventable,” says Natalie Page, Health Advisor for Medair South Sudan. “The children of this country deserve better and should have the opportunity to be protected. Vaccination is one of the most cost-effective ways of avoiding disease. Now we are in an emergency situation.” According to UNICEF, the estimated cost of a mass vaccination campaign is USD 1.30 per child.

As the rainy season begins, access to remote communities will become more challenging and require helicopters, boats, and wading through swamps. Some mass vaccination campaigns will likely be put on hold for several months.

Worldwide, the prevalence of measles is rising and the World Health Organization (WHO) listed ‘vaccine hesitancy’ as one of the top 10 threats to global health in 2019[1]. The United States, for example, has reported measles in 20 states including an outbreak in New York City. Switzerland has seen 97 cases this year, compared to 15 in the same time period in 2018. Meanwhile, in South Sudan, families are walking for hours for the opportunity to obtain the vaccine for their children.

Medair South Sudan’s Emergency Response Team has been working in Gogrial West County where a measles outbreak was declared. To date, more than 100,000 have been vaccinated and Medair’s campaign will continue until midApril. To prevent transmission of measles in the community, at least 95% of children under 15 years of age must receive the vaccine. At the completion of this current campaign, the Emergency Response Team will be available to start vaccinating in another affected area.

Measles is a highly infectious disease spread mainly by coughing and sneezing and causing fever, runny nose, red eyes, and a rash. Complications of measles can include pneumonia, diarrhoea, and encephalitis, an infection causing swelling in the brain. Worldwide, measles is a leading cause of vaccine-preventable deaths in infants[2]. In addition to being extremely contagious, measles is even more serious when combined with malnutrition, which is expected to affect nearly one million children and 600,000 pregnant and breastfeeding women in South Sudan this year[3].

Media enquiries should be directed to: 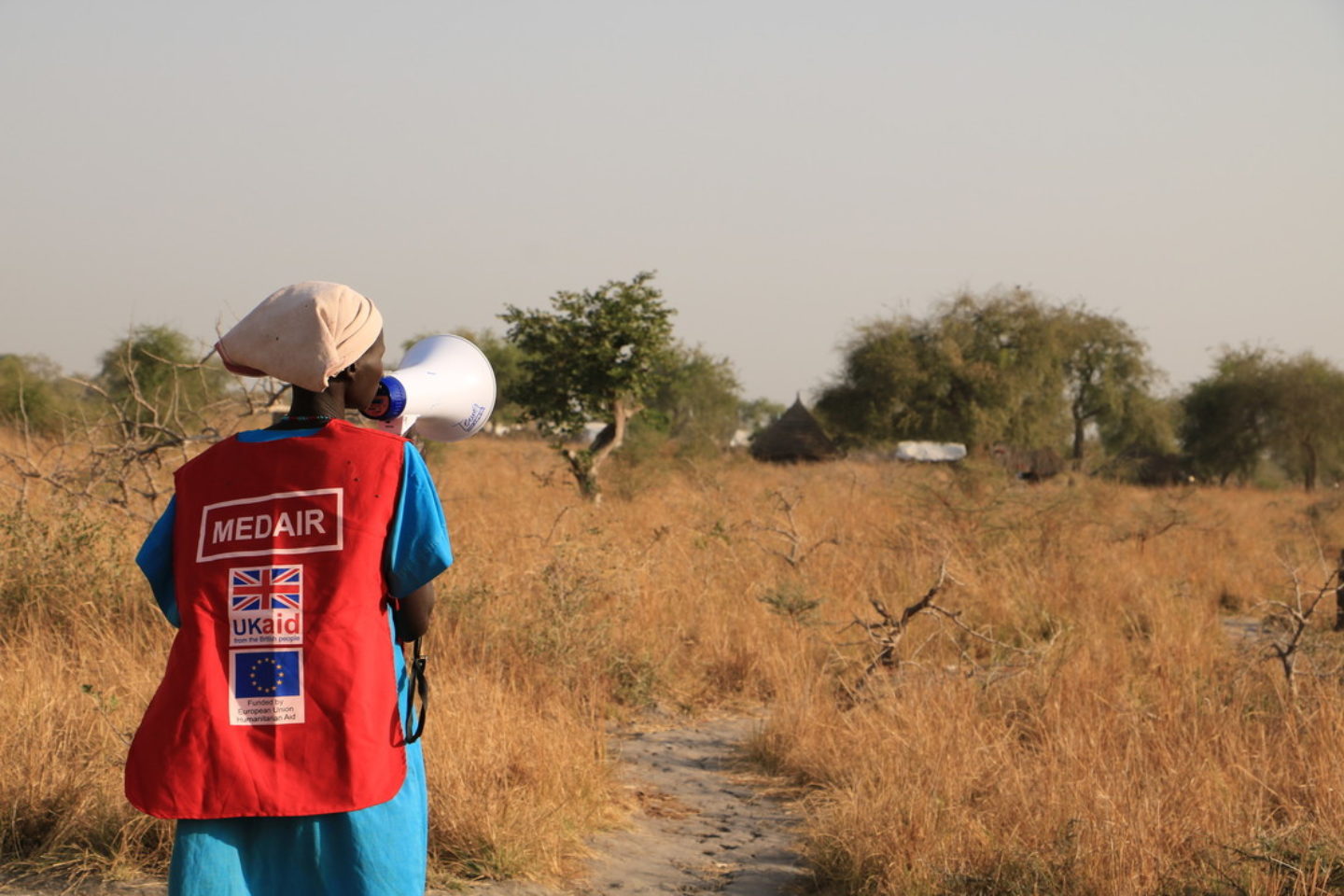 In remote communities mobilisers use a megaphone to broadcast information about vaccination campaigns. Families often walk several hours to reach vaccination locations. The start of the rainy season will make accessing these communities even more difficult.

Medair is an international humanitarian NGO that provides emergency relief and recovery services to families made vulnerable by natural disasters, conflicts, and other crises.

This content was produced with resources gathered by Medair field and Global Support Office staff. The views expressed herein are those solely of Medair and should not be taken, in any way, to reflect the official opinion of any other organisation.